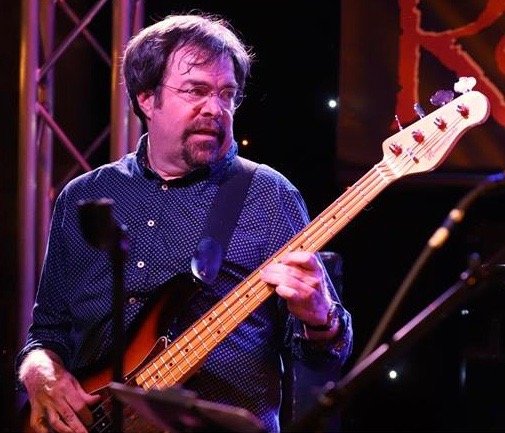 " I once landed a gig with a guy who'd been Bo Diddley's drummer. When I asked him what he thought of my playing, he said 'Just keep doing that boom-boom-boom'. Best advice I ever got."

Dave spent the '80-'90s playing in Boston and New York City; he has shared billing with acts as diverse as Peter Frampton, Lou Gramm, James Chance and the Contortions, Zapp, and Pee-Wee Herman. In the early 1980s he worked in the NYC downtown scene with performance artist Frank Maya, gigging at The Pyramid Club, Danceteria, and The Limelight. Dave moved to Asheville, NC in 2004, where he spent a decade working with bluesman Chuck Beattie, alt/country rockers MoTwang, party band Elvet Velvis, blues/funk powerhouse Mojomatic, and many singer-songwriters, including New Orleans troubador Mark Appleford and Appalachian folk-rocker Kyle Sorenson. He also had a brief episode in 2009 working in Amsterdam with California-based bluesman Lamar Chase. He's now back in New England and happy to be holding down the bottom for Redhead.