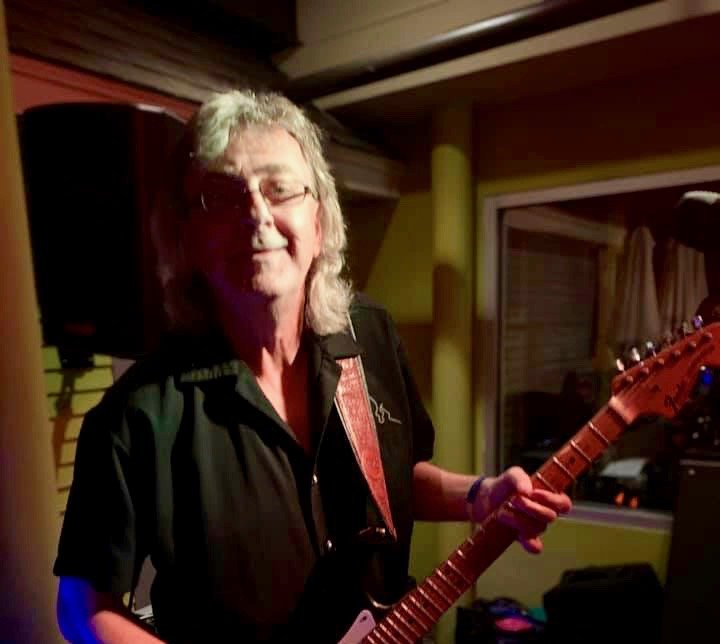 "You know me, I'm just foolin' around with my guitar."

Born in Paris, France, Jimmy came to the U.S. as a teenager, took up the guitar, and soon found himself working the Florida coast playing with bass legend Mars Cowling (Pat Travers Band). He spent most of the 1980s working in New York and New England, then a decade in Texas and California. During these years Jimmy shared the stage with  the likes of Black Oak Arkansas, Blood Sweat & Tears,  Dream Theatre, Eddie Money, The Band, .38 Special, and Rick Derringer. At one point he was on a mini-tour with Kansas and NRBQ. At another, he made $75 for a half-hour's work recording for Hulk Hogan's “WrestleMania” show. His other recording credits include an album with Danbury CT-based Future Tense. He also spent three years teaching guitar with former Ace Frehley guitarist Ritchie Scarlet aka “The Emperor of Rock'n'Roll.” At one point he had 250 students; as Jimmy says “It became a real job!”

He's played most of the rock venues in New York City and the greater metro area: The Ritz, The Bitter End, Cat Club, etc., with the Hey Baby Band. He gigged with another Danbury band, Spam Brando; and spent three years working in theater pit bands for productions of My Fair Lady, Fiddler On The Roof, and Annie. Jimmy has been around!

He met Jane Lovett at an open mic at the late lamented Free Spirit (aka “Da Bird”) in Vernon, CT, then later ran into Mike Bushong at the same venue. They clicked, and pretty soon Jimmy was in Redhead.